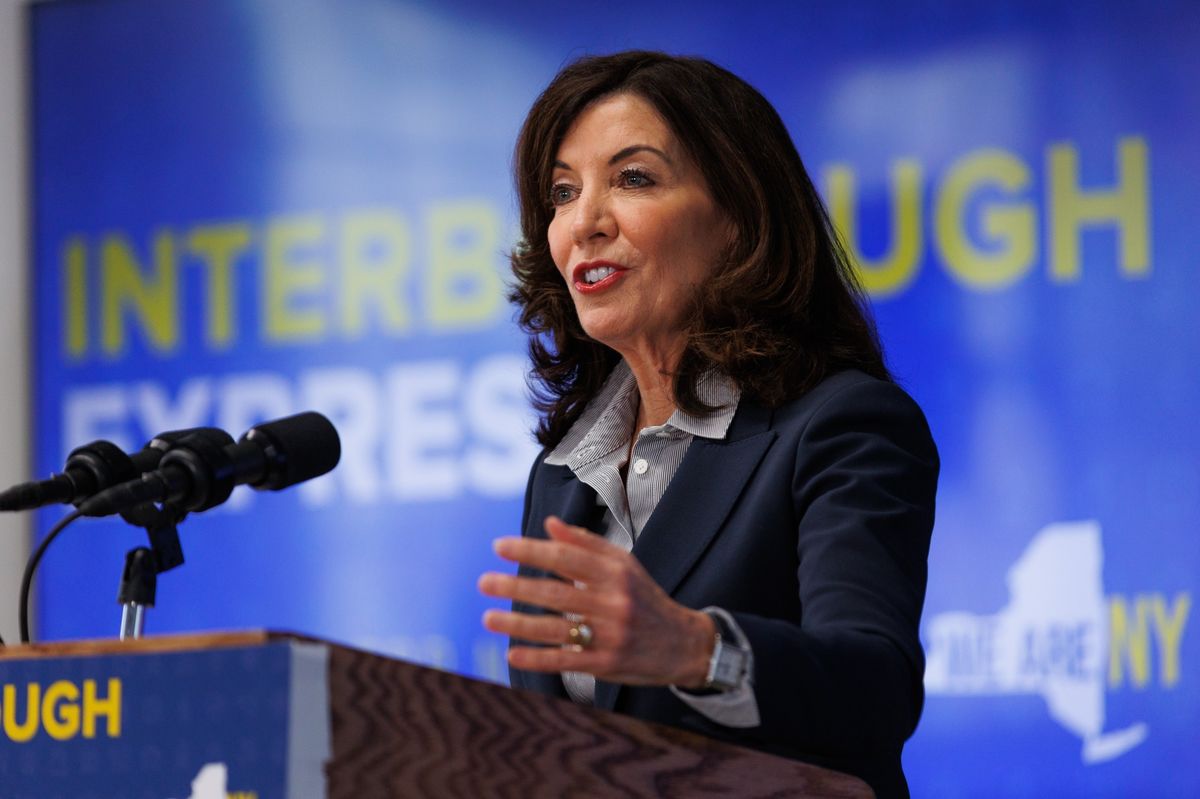 New York Governor Kathy Hochul has yet to publicly commit to signing the controversial Proof-of-Work (PoW) Bitcoin and cryptocurrency mining ban bill into law. But, he has indicated that his team will study the proposal “very closely” in the coming months.

If he signs the bill, fossil fuel-backed PoW cryptocurrency mining operations will no longer be able to establish themselves or renew existing licenses in New York. Under the new regulations, only PoW operations backed by 100% renewable energy would be allowed to operate.

The New York State Senate passed the bill on June 3. This, to the dismay of members of the cryptocurrency community.

Which means that the fate of the bill is now in the hands of Governor Hochul. Who has the power to pass or veto legislation.

During a lecture at a press conference on Tuesday, Hochul chose not to draw a line in the sand regarding the ban on prisoners of war. Since he suggested that the deliberation process could take a few months.

Grayscale Investments has hired a former US Attorney General to prepare for a possible legal dispute with the US Securities and Exchange Commission (SEC). In case the regulator rejects your application for a spot Bitcoin (BTC) exchange-traded fund (ETF) on July 6th.

The company has been awaiting a decision from the SEC to convert its $19.8 billion flagship Grayscale Bitcoin Trust (GBTC) into a spot ETF. Since he submitted his application to the regulator on October 19, 2021.

The SEC has deferred its decision multiple times, once in December and once in February. A final decision on the application is expected on July 6.

Is USDD headed toward the same systemic problems that brought down UST?

The world has barely recovered from the collapse of the UST stablecoin and another similar threat is already on the horizon. This time in the form of the USDD stablecoin that was launched in May by Tron DAO.

Tron recently boasted that USDD is now over-collateralized by 200% in an attempt to strengthen its parity with the dollar. However, critics were quick to point out that USDD’s approach is quite similar to what Terra did with UST. The criticism intensified after Tron founder Justin Sun pointed out that the Tron DAO reserve used 100 million USDT from its reserve to buy more TRX and BTC reserves.

Some Twitter users were quick to note the similarities between Tron DAO’s measurements and Do Kwon’s before LUNA and UST collapsed. Terra embarked on a wave of Bitcoin purchases worth billions before the UST crash in an attempt to create a strong reserve to support the stablecoin’s parity. Unfortunately, their efforts triggered a Bitcoin sell-off when the crash finally occurred.

One reviewer pointed out that it looks like Tron DAO is heading down a DIFFERENT path following its latest announcement.

PayPal finally allow to users the possibility of transferring, sending and receiving digital assets natively between PayPal accounts and other wallets or exchanges.

As of June 07, the feature is available to select users in the United States. It will be expanded to all eligible US users in the coming weeks. The first batch of supported coins consists of Bitcoin, Ethereum, Bitcoin Cash and Litecoin.

In addition, customers who transfer their cryptocurrencies to PayPal can spend them through Checkout at millions of trading terminals. The New York Department of Financial Services has granted the company a full Bitlicense license to carry out this activity.

Users just have to access their accounts and enter the cryptocurrency section of the application to start transferring their coins. Users are usually required to complete a one-time identification verification before the procedure.