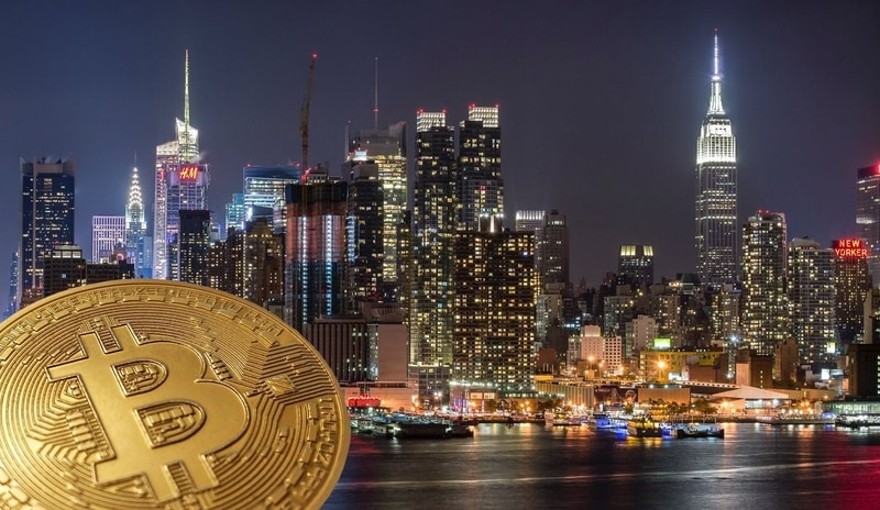 In an alert to investors released on Thursday, New York Attorney General Letitia James said that investors are “losing billions” in cryptocurrencies. James stressed that even digital assets that are well-known and traded on reputable exchanges can collapse. For this reason, the attorney general is convinced that investments in cryptocurrencies create “more pain than benefit” for investors.

The New York Attorney General also urged New Yorkers to exercise more caution when investing their money in cryptocurrencies. Due to their volatility, the attorney general said that these investments can become a source of anxiety rather than a fortune.

The New York Senate approve a controversial bill for the prohibition of proof-of-work (PoW) mining. Preventing any new Bitcoin (BTC) mining operation in the state.

The PoW mining ban bill was first approved by the state assembly last April. It aims to ban any new digital mining operation in the state for the next two years. Now, the bill is headed to the governor’s office, which, once passed, would make New York the first state within the United States to impose a moratorium on cryptocurrency mining.

The PoW mining consensus is predominantly used by Bitcoin miners. It is considered one of the most secure and decentralized forms of digital mining. However, the practice is quite controversial because it requires an incredibly high amount of energy.

On Friday, June 3, the Financial Supervisory Service (FSS) of South Korea launched an investigation into payment gateway services that work with digital assets. The FSS is South Korea’s financial regulator operating under the Financial Services Commission (FSC), both government institutions.

As inform according to local media Money Today Co, the FSS had recently demanded reports from 157 payment gateways about any cryptocurrency-related services, their plans for the future and the disclosure of digital assets. But a report from the FSS claimed that only 6 had digital assets.

Although the FSS is currently the main financial regulator, on May 31, 2022, South Korea announced the upcoming launch of the Digital Assets Committee. According to the announcement, this is a temporary solution to structure the virtual asset sector after the Luna-Terra accident.

Vitalik Buterin has always advocated the participation of small owners in governance. Recently, he supported the Optimism governance proposal in his tweets despite the latest backlash on the blockchain.

In the tweet, Buterin continued to appreciate Optimism for its efforts to use the OP token for gas tariffs. This, Buterin believes, may encourage the “explicit representation of the interests of token holders” that will eventually benefit the network.

Buterin then added links to two blog posts where he discussed why he opposes token holder-centric governance models. The blog posts also talked about the new “houses” in the governance structure of Optimism – Token House and Citizens House.