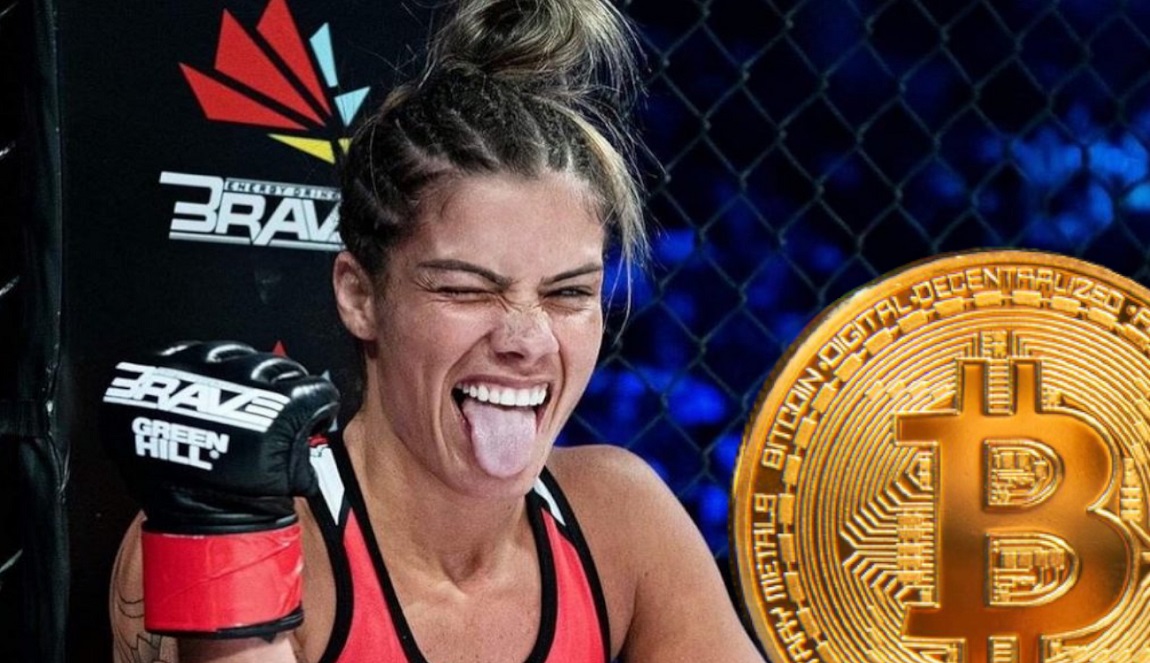 Crypto summary: “They pay in Bitcoin to female UFC fighter”

We present you, a brief review of what were the most outstanding crypto news of the week, so you don’t miss any details. Being one of them: “They pay in Bitcoin (BTC) to a female UFC fighter.”

The fighter from Belo Horizonte, Brazil of the Ultimate Fighting Championship (UFC), Luana Pinheiro, becomes the first fighter to be paid in Bitcoin (BTC). Although Pinheiro pointed out that he continues to receive fiduciary payments from his sponsors. However, such money is converted to Bitcoin by means of Bitwage.

Specifically, Bitwage announced that Luana Pinheiro, will be the first female UFC fighter to receive a payment in Bitcoin (BTC).

Zipmex, the Thai cryptocurrency exchange indicate that its lawyers in Singapore, Morgan Lewis Stamford LLC, filed five applications under Section 64 of the Singapore Insolvency, Restructuring and Dissolution Act 2018 on behalf of the company.

«The moratoriums would give the Zipmex Group the breathing space and time it requires to explore options to resolve the liquidity situation (including to pursue recovery against Babel Finance)».

By the way, Zipmex claims that it is in an advanced phase of obtaining new investments to alleviate its liquidity crisis.

Specifically, the lawsuit filed in the Hong Kong High Court is related to the publication of the magazine in its 250th version, for China which titled “Changpeng Zhao’s Ponzi Scheme». And which was later changed to the title of “The Mysterious Changpeng Zhao».

Apple and Google must give information about fraudulent cryptocurrency apps

The chairman of the US Senate Committee on Banking, Housing and Urban Affairs, Sherrod Brown requested that Apple and Google companies explain their review and approval processes for cryptocurrency platforms in their app stores.

Specifically, in the text of the letter, Tim Cook, CEO of Apple, and Sundar Pichai, CEO of Google are questioned. Due to the increase in fraudulent applications and affected users.

Either way, Senator Sherrod Brown requested that Apple and Google respond to the questions raised in the document by August 10, 2022.

Now, such platforms claim to be safe and reliable investment services.

Tesla sells a lot of its Bitcoins

Tesla CEO Elon Musk has sold about 75% of his Bitcoin holdings. Explaining that he needed to secure his position in cash, due to the COVID-19 lockdowns in China.

However, Tesla mentioned in its report that it is willing to buy Bitcoin later if it considers it so. In addition, he did not sell all his Bitcoins, he still keeps 10,800 BTC.

Robotic dogs will search a garbage dump for a hard drive with 7,500 Bitcoin

James Howells, the computer engineer who dumped 7,500 Bitcoin in a landfill has a plan to recover them: using robot dogs from Boston Dynamics.

Indeed, Howells, mined Bitcoins quite a few years ago. But, in 2013 the hard drive where he kept the fortune accidentally ended up in the trash. However, they do not let him investigate the landfill to avoid possible environmental damage.

In the end, Howells points out that the plan was developed with the help of experts and secured financing through two venture capital investors. In addition, he hopes that the Newport City Council will give him the approval to dig in the landfill and recover his fortune.

On the other hand, a spokesperson adds that “There is nothing that Mr. Howells can present to us. Their proposals pose a significant ecological risk, which we cannot accept. And, in fact, our competences prevent us from considering it».

By way of closing, so that you don’t miss any details about what is happening in the world, check out these and other crypto news, through our main page.

I say goodbye with this phrase from Dario Fod: “As Orson Welles said, to have always new material, it is enough to trust the news».